Why I Use Film: a history and hobby! 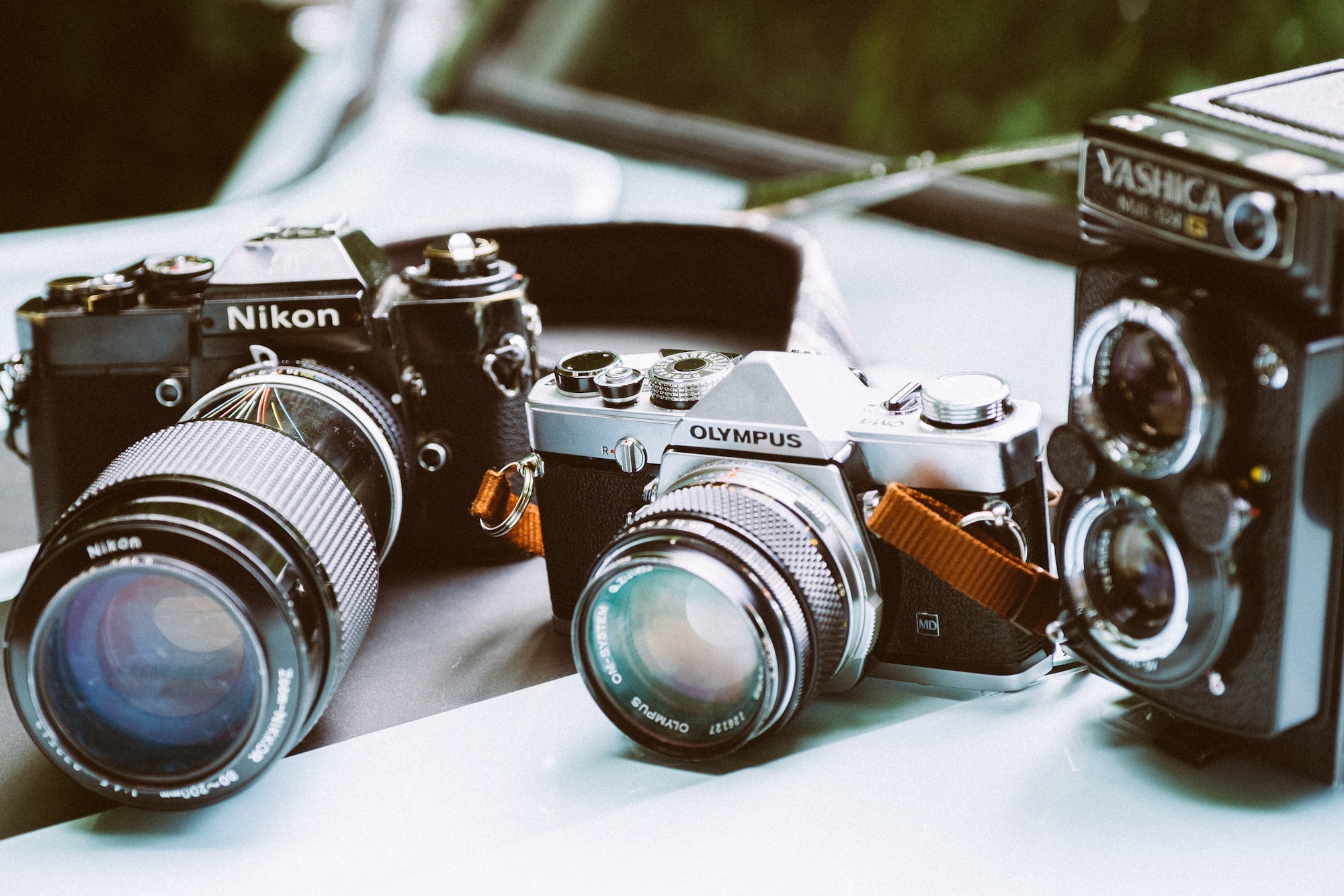 Regardless of the merits of either side, the film v. digital debate, this post is an attempt to put into words the reasons I enjoy the use of film and go over the history and my experiences with the hobby!

(As an FYI, I am not an expert by any means in photography, nor did I go to school for this…. This is just my opinion based on my experiences with film)

When I was a kid, film was in its final days or at the peak of its performance, depending on who you ask. My first camera was a disposable film camera, and it was my go-to anytime I wanted to take some pictures. There was a multitude of reasons for this, but it basically boiled down to price and ease of purchase. This was when buying things online made most people uncomfortable, and amazon was only selling books online, and AOL was still the go too for ISPs. (As a little side note I remember talking with my friends at the time and one of them learned about T1 lines and how they were a blazing 1.5+ Mb/s…. that was insane compared to the 56k I was used too, and I remember thinking to myself when I got older I would get a T1 to my house!) Interestingly, I also remember around the early 2000s, my father (the occasional early adopter) bought an HP camera that was just above 1mp and had a tiny screen on the back ( it looked like a point-and-shoot with a fixed lens) with a CF card slot. The CF card he bought was around 16MB, and I remember it took just over 32 photos, so it was “equivalent” to film. I did not get to use it much as it was expensive at the time, and he did not want me to break it. The novelty of having a camera you could take out, change the ISO for each picture (although I think it went from 100-400 and it really struggled at anything above 200) and then bring it home later, plug it into your Windows 98 (or ME if you upgraded)  gateway machine and view the photos in color was immense! The downsides to digital were pretty obvious when you compared a 2mp camera vs. a 35mm SLR (which was about the same price) at that time. However, with email and sharing photos on the rise, digital was taking off. One of the interesting transitional technologies was when Walgreens and other development labs started offering CDs with your images on them, it was a little expensive, but if you wanted a digital copy it was potentially worth it (and getting digital copies of your negatives is much the same way today!).

My first digital camera was a point-and-shoot 5mp camera with an auto mode from Olympus with a fancy “mini” SD card slot that I could buy a 512MB card (I eventually bought a 1GB card), and it could take hundreds of jpegs. Naturally, I started taking pictures of absolutely everything and never really moved the settings off auto mode, and all of them were pretty terrible as I had absolutely no understanding. I eventually bought a dive case so I could take it SCUBA diving and took plenty of terrible photos. Eventually, I slightly flooded the case and found out cameras don’t really like saltwater. After that, I left cameras and photography alone for probably the better part of 6-8 years as I was busy with school and had a camera built into my phone I rarely used.

At the beginning of my 4th year in college, I became interested in cameras again primarily because I wanted to document some of the travels I was about to go on. Secondarily, because it supplied a release from the technical world of computer science (kind-of) and opened the world of art and creativity. This is where the “kind-of” part comes in; I researched the kind of camera to get and all of the different lens options on DSLRs and settled on a D5300 just after they were released and picked up a Tamron 28-270mm. Thinking that the 28-270mm was by far the best lens as it would cover everything from telephoto to wide-angle, it did... just sacrificing image quality along with everything else (to be honest, it was a reasonable travel lens).

Long story short (and probably another blog post) I started learning about the technical side of photography and the ISO/f-stop/shutter triangle. This caused me to start buying higher quality lenses, initially prime (fixed focal lengths like 35mm, 50mm, etc.), which brought the fun back into photography for me. It was at this point film was brought back into my life, this time as a tool for improvement.

I had picked up a few bad habits with digital photography… as mentioned earlier, it has the tendency to encourage multiple shots of the same thing and shots that aren’t thought out. Furthermore, digital allows so much leeway on exposure, and you can easily recover blown-out highlights, or severely underexposed areas can be brought back in to view. With the advent of photoshop and lightroom, digital photos are unbelievably easy to manipulate, and on many occasions, I have turned a terrible image into a very passable image (while some of these techniques started in the darkroom they took significantly more time and skill). All of these “features” are not inherent to digital photography, just exacerbated by the improvements and features of digital photography.

So, where does the tool of “film photography” come in…

If you look at a standard roll of 135 film has about 36 exposures (if your good at loading!), and depending on your camera, you may have to manually wind the film after each shot. For me, this slowed down my trigger-happy finger, and I made sure I was getting a shot I wanted, not just a shot. (this is probably why photography schools love film as a teaching tool)

Another benefit is dependent on the camera, but I picked up a camera and lens combo that required mostly manual operation. I picked up an early 1980s Nikon FG with a 50mm f/1.8 series E lens. The Nikon FG does, however, have an aperture/program mode with a center-weighted light meter, which takes a ton of mental guesswork out of the equation and provides sane recommendations for shutter speeds. This combo requires you to control the f-stop and the shutter while the ISO/ASA is fixed (dependent on your choice of film) as Kodak’s Portra 400 has an ISO of 400… for all 36 exposures/images.

Working with these limitations provided a bit of a challenge to getting good images (I can hear everyone that forced to use film as it was the only option groan/laugh). This is especially difficult if your environment changes from inside to direct sun to late night; getting a proper exposure can be difficult without changing film speed (Now my favorite ISO for general photography is about 250 because it provides a lot of latitude). Another way to deal with this is ND filters, which allow you to reduce the amount of light coming through the lens so you can keep the f-stop where you want it (and, therefore, the depth of field). The benefit of fixed ISO is that it made me think critically about my exposure and the available light and my f-stop and shutter speed. If you get it wrong well, you don’t really know until a week later when you get it developed… so if you want that shot, you better make sure you are paying attention to detail. And when you get the negatives back, you get what you get (and don’t through a fit).

Now today, I get mine scanned and sent to me as it allows me to view them easily and keep them in a digital format. Additionally, scans allow you to do some minor editing and dust removal, but I like the raw photographs as it allows the grain, textures, and colors of the film to show through. Part of the fun of film is waiting to see what you got and the interesting colors and tones that result from the different types of film stock.

This is why I love film! It requires me to work a little harder for that shot, and sure I miss some shots, but when I get a good image, it feels great. It has also really helped my digital photography…. Wait wHAT?!

While I love film, I’m not getting rid of my digital kit any time soon. I love my Sony A7RIII and the optically superior lenses (Okay, that’s a little cocky… they are good though, especially the GM series). While I would love to have a Leica film camera someday or even a medium/large format film camera, I want to remind you this is a hobby for me…. For the professional digital photography is the only game in town. The benefits are pretty tangible, it has caused me to slow down and make sure the shot I’m taking is worth it. Before picking up film I had about 1 image in 100+ that I thought was a keeper; after film I typically find at least 1 image in 30 that I like enough to post. It has improved my understanding of the ISO/f-stop/shutter triangle.

I’ve found some slick presets online that can get me that “film look”  from Really Nice Images  (they have some science behind matching it to real film stocks it as well as the creative touches) for my digital cameras (this is not an ad, it’s my opinion). Even Hollywood is doing it….many of the movies today use some form of film simulation (or real film as there is still some resolution benefits) to give you that “film look”. Its even baked in to the firmware of some cameras (check out Eterna from Fujifilm).

I do want to point out, maybe in another post, about how there are some serous technical differences in film and digital such as ETTR, push/pull processing, and the effects on contrast. Long exposures are a whole different world  in film vs digital as reactivity to light changes with film over the exposure. Film is definitely one giant chemistry experience as ive recently got in to developing film but that’s another post (I think I have enough….) for another time.

If you are interested in photography and want to develop (ha-ha, get it?) your skills here’s a few interesting resources:

Ken Rockwell (This is a fantastic resource for photography):  Film vs. Digital Cameras 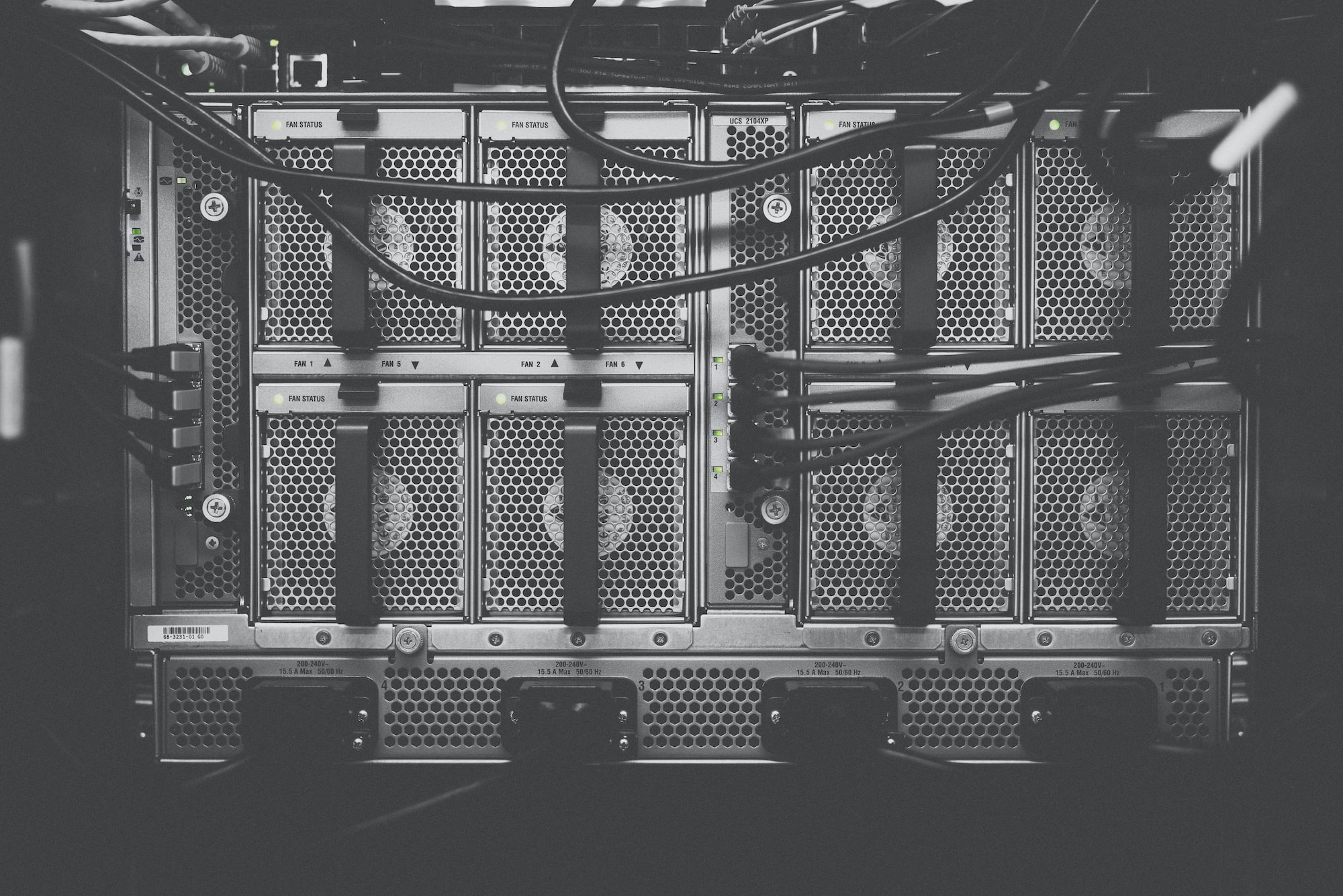 Redundancy, Backups, and RAID: The story of lost data and downtime.

I have wanted to write this article for a little bit because with the progression of technology some of these concepts are getting muddied, especially by some “agile, big data, cloud native, blockchain based” marketing. While these concepts are inextricably related...